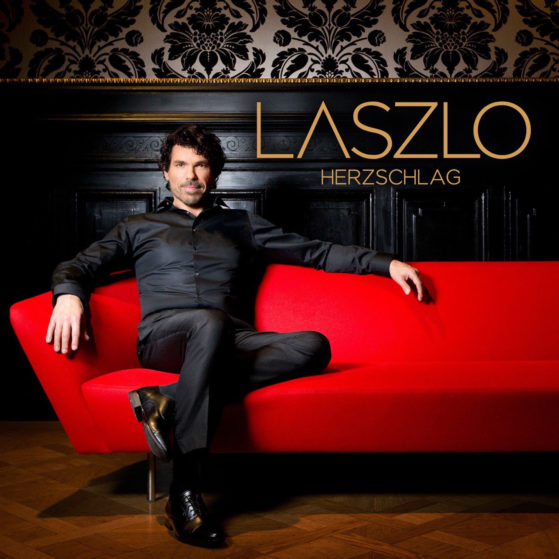 When the Viennese opera tenor Laszlo Maleczky left the group in autumn 2013 ADORO said goodbye, after a period of six years he was able to look back on more than 2 million albums sold, years of top placements in the official German album charts (including # 1 twice!) And multiple platinum and gold awards in Germany and Austria. Thus, he played a decisive role in the success of the classical pop formation that is still best known in the German-speaking area.

Over the years LASZLO has been seen and heard in numerous, especially German, TV shows: from Stefan Raab’s “TV-Total” to all major music shows, such as the quota bringer with moderators such as Carmen Nebel or Florian Silbereisen, to worldwide broadcast “20 Years of the Fall of the Wall” – broadcast in front of the Brandenburg Gate in Berlin, which was presented by the TV legend Thomas Gottschalk.

Annual tours in Germany’s largest concert halls (unfortunately only two concerts in Austria) with several hundred thousand visitors were also part of this very intense time in his life. There were various reasons for saying goodbye to ADORO. After exciting years in Berlin, one of the most important things was the longing for his homeland and, above all, for Vienna, with its extraordinary quality of life.

So it was natural for LASZLO to return with an album that was also inspired by the city where he lived and his hometown. Emotionally strong, very personal, even autobiographical songs about the ups and downs of love, longing, hope, about falling and “getting up again”, life and its pulse, experience, feeling – all this unites HEARTBEAT, the first solo album by LASZLO, in itself.

The subject of “hope” is a deep, personal concern for him in his texts and also in his vocal interpretations. These texts reflect LASZLO ́s experiences of the past years – experiences that were not always positive, but from which he could also gain new strength and hope, as he bluntly addresses in his open way: “The last few years have been really difficult for me Time, both family and personal and professional. But at some point I also understood this phase of life as a new opportunity and emerged from it stronger and richer in far-reaching experiences. I make these experiences tangible in my texts. Maybe I can use it to give other people hope”

At HERZSCHLAG, 9 big international pop hits such asIT’S MY LIFE (Bon Jovi), WRECKING BALL(Miley Cyrus) or ANGELS (Robin Williams) experience a fascinating reinterpretation with their new German lyrics and modern, cinematic arrangements . With “FOR ME, YOU ARE WONDERFULLY”, a new composition has also found its place on the album, the lyrics of which, like most of the album, were written by LASZLO himself.

“The special thing about this album is that I was able to bring my personal experiences into these lyrics.” This was always done with great respect for the original – LASZLO speaks of a “love affair” with the selected pieces. You can feel it when he lets us experience these well-known songs in an amazing and completely new way. “That is exactly what makes the stories and experiences that I“ tell ”with my voice so authentic. They are snapshots from my own life”.

It was a very special “affair of the heart” for the artist to sing André Heller’s wonderful, poignant version of YOU ARE ALWAYS ON MY MIND on his album.

“From the moment I heard this song for the first time, it touched me in its own way. There is no better way to write this text than André Heller. And I am very happy that I was able to convince the record company to sing this one title in the Viennese dialect – a small “world premiere” in the field of classical pop, by the way.”

The arrangements at HERZSCHLAG are musically inspired by contemporary film composers such as Hans Zimmer (Gladiator, Lion King, Pirates of the Caribbean), David Arnold (James Bond, Independence Day), but also old master Vangelis (Die Hour des Sieger, 1492 – Die Eroberung des Paradise). Classic orchestral arrangements merge with modern, electronic sounds and form a new, exciting connection: sometimes passionately pulsating, sometimes fragile and delicate. All of this held together by LASZLO’s voice that shines out on everything. In this way, HERZSCHLAG conveys a variety of emotions that have rarely or perhaps never been heard in the classic pop genre.

And something else has been “unheard of” in the truest sense of the word in this genre: both music and lyrics are sexy and often even exude a touch of eroticism.

It is no coincidence that LASZLO’s first solo album was made entirely in Vienna. “Vienna is an inimitable mixture. Here I find the classically traditional alongside the pulsating, lively modern. This is exactly what makes Vienna the ideal classic pop city for me! But this mix also reflects my own personality. That’s why I enjoy and love Vienna with every fiber, ”admits LASZLO. And when he says it like that, with Viennese humor and with that special glow in his eyes, you don’t doubt it for a second.

“Not everyone is lucky enough to grow up in a“ world city of music ”. But I was able to experience time and again that classical voices and sweeping orchestral sounds touch many people deeply, regardless of age, musical preferences and regardless of where they live. HERZSCHLAG (HEARTBEAT) gives everyone the opportunity to immerse themselves in this intense world of emotions. I want to encourage people to stand by their feelings. My experience is very exciting that an above-average number of male listeners and surprisingly many very young people are enthusiastic about my album. I received a lot of letters like: “This is finally music that my husband and children also find great and like to hear” Isn’t it wonderful that my music even connects people?”

Maybe we should all just listen to LASZLO’S HEARTBEAT a little more often.

If you would like to see videos with LASZLO and titles from his solo classic pop album HERZSCHLAG – HERATBEAT, then we recommend:
LASZLO’s YouTube channel – * HERZSCHLAG * -PLAYLIST

This site is registered on wpml.org as a development site.